BOWYER ON THE BRINK AFTER ROUT

Birmingham City manager Lee Bowyer is on the verge of losing his job after he saw his side lose heavily to Blackpool in an English Championship clash played on Monday. 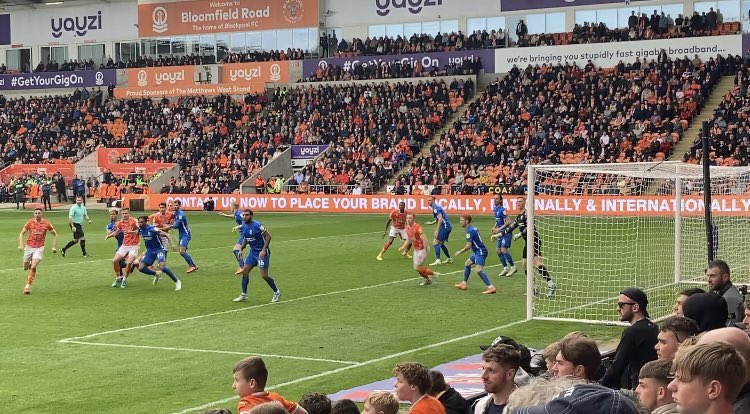 Bowyer was almost powerless on the sidelines as Blackpool run riot. The Seasiders were able to end a run of five games without a win in the English Championship thanks to the 6-1 thrashing of visitors Birmingham City. It has been reported in the English media that Bowyer could lose his job with Birmingham City just above the relegation zone. They are 20thon the 24-team English Championship table.

Jake Beesley made a big impression on the occasion of his first start for Blackpool after he scored twice to help his team to a big win over the Lee Bowyer-led Birmingham City team. He scoredtwo goals as revealed earlier with a goal coming in each half. Young Beesley was the recipient of the first goal of the game after three minutes. C. J. Hamilton doubled the lead for the Seasiders on 14 minutes before Kenny Dougall rounded off the scoring in the first half as Blackpool went into the break with a 3-0 lead. Beesley added a fourth goal on 56 minutes before Ivan Sunjic pulled one back for Birmingham City just after the hour mark. Jerry Yates and Callum Connolly scored in the final five minutes to make it a more comprehensive scoreline for the home team.

After the game, Lee Bowyer tendered an apology to the Birmingham City fans as he said that the display against the Seasiders was not acceptable. Speaking further, Bowyer said that the outcome of the game had nothing to do with the shape of his team as he stated that he went with a back three to protect a young goalkeeper and they ended up conceding twice with the back-three formation.